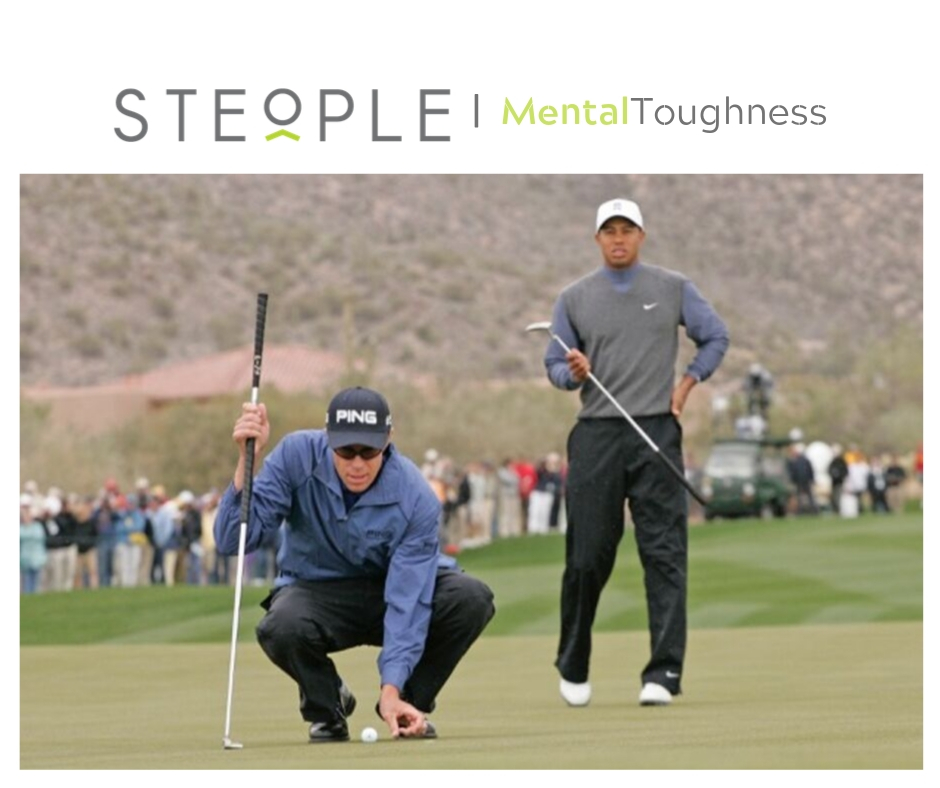 Leaderships Lessons from Nick O’Hern | How Do You Beat Tiger Woods?

A couple of weeks ago I had the pleasure of being on a video conference call with Nick O’Hern.  Nick retired from playing full-time professional golf in 2014 after a career that spanned almost 20 years.  He won the Australian PGA Championship in 2006, was on the PGA tour from 2005 – 2013,  played in front of three US presidents, and has the notable accomplishment of being the only golfer to beat #1 Tiger Woods twice in match play! When it comes to the mental aspects of the game, there aren’t many players better than Nick.  I found him to be humble and approachable…a delight! He is also  grinder – someone professes to not be the most talented physically, but instead, we can all see,  is able to extract every ounce possible out of his golfing ability.

During this video call the Steople team was discussing how we could work with Nick since he has now written a book called “Tour Mentality:  Inside the Mind of a Tour Pro” and has begun to mentor and provide destination golf experiences for corporate clients.  His book is inspiring for those of us who are sports junkies and often links sports with leadership. I thought I would share three of the areas Nick touched on during our call.  I also encourage you to check out his website at www.nickohern.com.   He is an inspiration!

Excerpt from Nick’s Book:
“Twelve feet.  That’s all.  Twelve lousy, bloody feet!  That is all I had to get past to become the only man to defeat the world number one (Tiger Woods) twice in match play and also end his record run at Byron Nelson’s eleven consecutive PGA Tour wins.  This would be his seventh in a row.  Was I nervous?  Absolutely!  Suddenly that four-and-a-quarter-inch hole seemed to shrink in size as I began thinking about what was in front of me.  I could feel the world around me shrinking as my heartbeat began to reach its uppermost limits.  The dark places in my mind started coming to the fore, and I questioned if I had what it took to finish what I’d started.  Fortunately, I remembered to do what I’d always done before hitting a shot.  I asked myself, “What do I have to do right now?”  I went through my routine and calmly knocked the putt in for the win. On the outside I gave a gentle fist pump, shook Tiger’s hand, and thanked him for the game. On the inside if was going friggin’ nuts!”

Have you ever had that moment?  Maybe it was in an important board meeting, or when budget numbers came out at the end of the quarter, or before a sale call that could make or break your career?  Most of us have had those times we can look back on.  When those tough moments come at you again (because they will!) and you are questioning if you have what it takes, remember these three important lessons I distilled from our meeting with Nick:

Leadership Lesson:  As a leader one of the lessons drawn from this is establishing the MIT (Most Important Thing) I should be doing right now.  If it is meeting with a direct report, don’t be thinking ahead to your next meeting.  If you are on vacation with your family, don’t lament all of the work you left on your desk at the office.  Stay present and laser focused.

Leadership Lesson:  What is your PSR?  Everything you do during working hours has so much to do with mental toughness.  If you wait to start your week Monday morning you are already behind the 8-ball.  Getting ready early might include setting your intentions and goal for the week, doing meal prep so you are well-nourished during the crazy rush of work, getting centered before a big presentation, or holding that meeting “before-the-meeting” to prep team members for what’s to come.  Whatever it is be intentional and repetitive about it.

Leadership Lesson:  So many of the individuals that we coach here at Steople are in high stress, high production environments where the stakes are high and the pressure can be crushing.  When you operate in this capacity day in and day out you have to have that “off” switch in order to survive and thrive long-term.  It might be meditation in the morning, being diligent about your workout, refusing to answer emails after 7:00 pm or taking your phone off the table during lunch with a friend.  How do you turn “off” even for a few minutes?  Additionally, what is it that you do when you are switching back “on”?  For example, before speaking I will tell myself “All I have to do is connect”.  That relieves all anxiety I have and frees me up to be me!  Having that “on” cue and diving head first into what you are doing, knowing you can drive hard before gearing down again, is crucial.

With that, I am signing off for now – if you utilize even one of these suggestions then I have done my job.  I hope you have an incredible week and practice staying in the present, refining your PSR and revving up the use of your on/off switch!