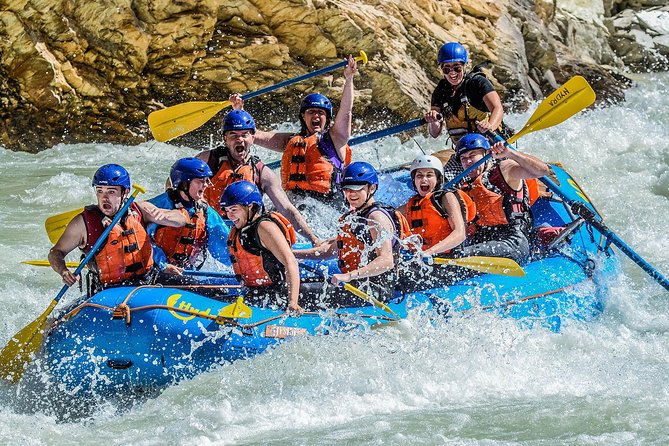 Not sure how many of you out there remember the old 1985-1992 TV series MacGyver.  It was one of my favorite shows growing up and had a loyal following.  The plot of the show followed secret agent Angus MacGyver who worked as a troubleshooter for a government agency.  MacGyver was educated as a scientist and served in the U.S. Army Special Forces during the Vietnam War and was a known risk-taker.  Resourceful and possessing an encyclopedic knowledge of the physical sciences, he solved complex problems by making things out of ordinary objects, along with his ever-present Swiss-Army knife, duct tape and occasionally matches.

Fast forward to 2015 when I took the Hogan and my coach was debriefing my assessment results when she informed me I had the trifecta for entrepreneurship. I was low in Caution (meaning I’m assertive, decisive and willing to try new things), low in Prudence (meaning I’m flexible and tolerant of ambiguity) and high in Mischievous (meaning I’m prone to taking risks and testing limits).  The coach said to me “You are MacGyver”.  Wow.  For those of us who have worked with us, you know that oftentimes these strengths we possess, if over used, can become weaknesses.  So in my own leadership development I always have to make sure that I slow down, ask the right questions, set structure, and take risks with a very strategic mindset.  I have to manage my MacGyver!

Risk Taking Uncovered
All of this made me think about risk taking in business and how leaders who have that entrepreneurial mindset can use it to their advantage, successfully skim the edge of limit-testing and take good, calculated risks.  Risk taking, as it turns out, is a critical element of leadership and essential to leader’s success when done well. Risk taking can be defined as: “Undertaking a task in which there is a lack of certainty or a fear of failure.” The problem at the core of risk taking is fear; fear of failure, fear of success, fear of looking like a fool, fear of seeming ignorant, fear of seeming too aggressive. Taking risk means confronting the fears/challenges and having the courage to move forward.  So therein lies the rub with leaders…some are risk averse while others are risk tolerant.

Most of the time when I sit down to write a blog it is based on what I am “feeling” at the time.  Something I have realized over time is that, as a leader, I am a big picture, strategic thinker. So in the past year I have doubled-down in my risk taking (strategically, of course) both in my professional life (starting a new brand, opening new offices, hiring employees, working with a team halfway around the globe) and in my personal life (finding long-lost family members, speaking at my dad’s funeral, backpacking across Europe).  So turning to the research, as we often do, I’m giving you the following five tenants to encourage you to step up to be a very strategic “MacGyver” in your own organization!

1.    Risks are calculated, not random gambles.  Successful entrepreneurial leaders are not risk-takers. They are calculated risk-takers. As a calculated risk taker you are someone who carefully takes steps toward your goals. You wouldn’t think of gambling everything into your venture—but Instead find ways to reduce risk as you move forward with your plan.  Additionally, every risk you take should align with the mission and strategy of the company.

2.    Listen to your intuition.  First, there is no perfection in risk taking. It really is a gut reaction, an instinct if you will. Allow yourself the pleasure of following it. Quite often people overthink things; they come up with reasons “not to” and only end up coming back to their first thought anyway. Believe in that first thought. Listen carefully to it, and don’t be afraid to follow it — more times than not, it will prove to be worthwhile.

3.    Risk-taking comes at a cost.  Realistically, many untested initiatives will inevitably strain cash flow. And that means some tradeoffs. It could impede everything from reinvesting in the core business, to employee raises and bonuses, to the company’s ability to make new hires, and more.  So if you’re going to take risks, you must budget carefully to allow  for those risks, have a clear idea of how much you’re willing to spend (i.e. lose) and have the discipline to stick to that number.  You also must be realistic about when these investments will generate a return, if ever.

4.    In the future, you won’t have to ask “what if?”  Founder and CEO of Amazon, Jeff Bezos, has been quoted as saying, “I knew that when I was 80, I was not going to regret having tried this…I knew that if I failed, I wouldn’t regret that. I knew the one thing I might regret is not ever having tried. And I knew that would haunt me every day.”  So the real aversion you have to work towards is aversion to regret.  If something is so dear to your heart that if you don’t do it you will always wonder about the outcome – you have to go all in…even if it turns out to be an epic fail.  A quote by Fredrick Wilcox illustrates this nicely.  “Progress always involves risks. You can’t steal second base and keep your foot on first.”

5.     It can take a very long time for risky endeavors to pay off.  Be clear on the possible benefits and become very patient.  It will always take a lot longer to generate a return than you think and that’s why you must also assess ‘soft benefits’ such as enhancing the brand value and the ability to attract the best customers and employees due to the excitement of taking some risks.  Sometimes you shouldn’t necessarily expect a cash return, but should instead expect other benefits that are tougher to measure.

Hoping I gave you something to think about for the week.  I know each and every one of you takes some risks day in and day out.  The real question is…where are you on the continuum?  How risk averse or tolerant are you and are you where you need to be for where you are in life.  As always, challenge yourself to take a few more risks if you tend not to and if you are a true “MacGyver” ensure you are taking the right gambles.  Hope you have an amazing week…and please come see us Thursday!