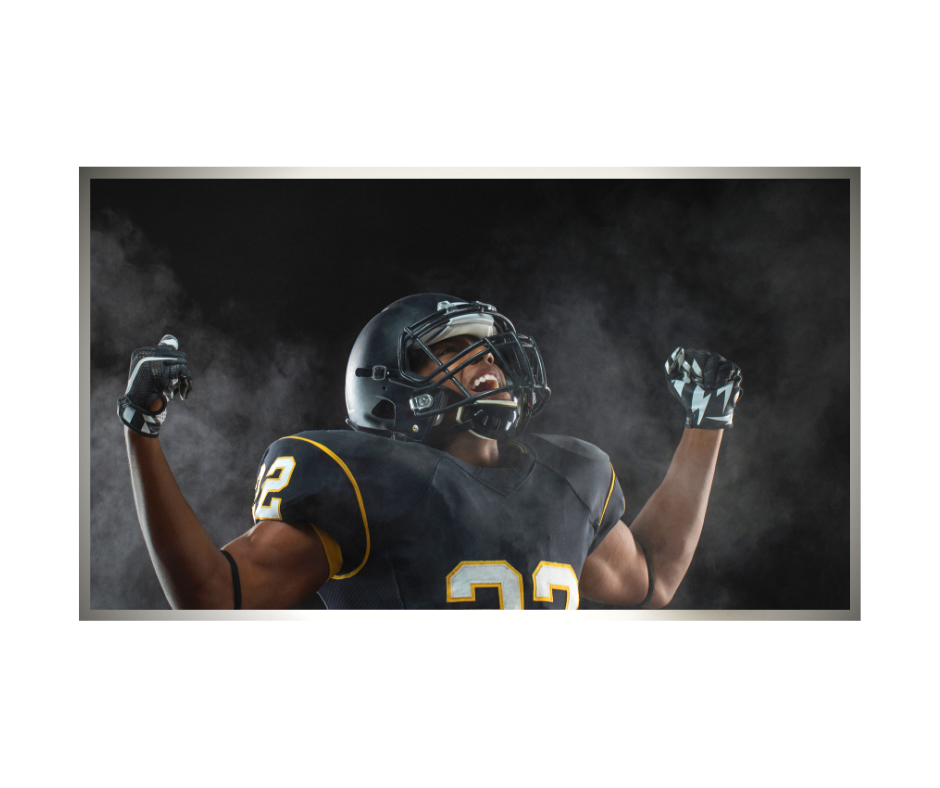 What Makes College Football So Great?

Waking up and immediately flipping on ESPN Game Day…prepping your game day gear…heading out the door and feeling the cool autumn breeze….excitement building as you hang out with your crew at the tailgate party…the tradition of getting into the stadium to see the home team band festivities…the kickoff…the post-game celebration out on the local patio…what’s not to love?

Many of you know the love I have for college football and especially for my alma mater.  What turns normal everyday people into crazy super fans you see on the Jumbotron jumping around with their chests painted in 18-degree weather?  It’s something deeper than what can be explained by institutional pride.

A lot of smart people have done the research to tap into the sports-obsessed mind.  What they’ve found is that it is not only perpetuated through society and community – it is biologically wired into our brains. In honor of college football kicking off I have put together 5 themes of what makes college football great and then transferred that into takeaways that might be implemented to build an amazing, cohesive, high-functioning, engaged, fun work culture!

1. Belonging to a Dysfunctional Family You Love Like No Other.
Research has found that super fans have an above-average sense of meaning in life.  It turns out that identification with a group leads to belonging which in turn leads to a sense of meaning.  In other words, if you are a member of an “in-group” it helps establish a sense of community and belonging.  With all that being said in a positive sense, there is also a phenomenon that is a “watch out” which is the in-group/out-group bias.

In-group/out-group bias is a tried and true social psychological phenomenon. The fans of one team, the “in-group” will deride the fans of the other team, the “out-group.” There typically is very little, if anything, that distinguishes these two groups of fans. They are passionate about their teams, know every detail about the players, and religiously follow the progress of their hometown heroes. The only factor that differentiates these groups is the team they root for. Yet, people create arbitrary distinctions between the teams (and fans) they love and those they hate.

Work Culture Take-Away:
Believe it or not, on a daily basis our brain has to process 400 billion bits of information per second and we are aware of only 2,000 of those.  Our brain has to naturally categorize the majority of the information and part of that is the categorizing of in-groups and out-groups.  In-group favoritism in a work culture can limit creativity, collaboration, diversity, and performance.  Research shows that you have to be acutely aware of your own unconscious biases and work towards becoming an inclusive leader.  If you are not fostering that sense of belonging (one of our innate needs as humans) on your team you are missing out.

2. We Are Neurologically Wired To Time-Tested Shenanigans.
Of course, part of the fun of college football is all of the crazy traditions and superstitions that come with it.  Why is this so powerful?  There are, it turns out, four key elements to any tradition that retains its hold over the years — whether it exists just within your family, or is a part of a wider community. These ingredients are: 1. a strictly defined time and place; 2. a set of features that are repeated year after year; 3. another set of features that are different from year to year; and 4. a lot of symbols.   Think Fall Saturdays, big rivalries, the hope of making it to the playoffs, the team logo, mascot, and colors.  Not to mention the magical chair to watch the game or jersey that must be worn in an effort to superstitiously help the team win.

It’s also psychologically important for the event to contain a lot of sensory information. We tie a huge amount of meaning to memories of sensory information, which is why a whiff of grilled burgers at a tailgate can make you remember the times you spent as a child trekking to the stadium with your dad. Traditions that incorporate serious sensory stimulation, from smells to tastes to sounds, are likely to be incredibly powerful psychologically and to have a lot of significance for us.

Work Culture Take-Away:
Creating psychological safety in the work setting should be a priority for you as the leader.  If you aren’t leveraging some fun traditions through the years…think family barbecue, the off-site sales meeting with informal time built in, the charity food/service drive or the Fantasy Football office competition…start now!  Poll your team to see what they would find appealing and keep polling them over time, because if it gets stale…simply put a different tweak on it.  Get those traditions going and have some fun with it!

3.  The Crazy Sh*&$! You Can’t Script.
Nothing is better than collegiate sports and its upsets. Fans rush the field with passion and excitement for their beloved teams.  Honestly, the sport would not be nearly as good if all the preseason favorites went on to win their conferences.  The upsets that occur make for great headlines and the fans always love cheering for the underdog when their team is not involved.  There is a ranked team that gets upset on every weekend of the season, and many times you are unsure of which team will risk it all on one play or get that lucky bounce.  In a game of inches, the upsets make it an exhilarating and wild ride every fall.

Work Culture Take-Away:
Of course in the world of work, you could also argue that it is a game of inches.  Being able to communicate to your team what the “red zone” is in your vision of the future is key.  Being able to track where they are at “on the field” with KPIs is incredibly important.  Ensuring that they are well aware of their market/competitors and acknowledging both wins and “upsets” within the industry can prove to cement employee buy-in and encourage a sense of ownership.  If you don’t have such markers already in place or have taken your foot off of the gas in this area, be sure to take special care in establishing them as you head into the new year.

4. Every Game Counts.
In college football, as in life, there is some grace for small mistakes, but essentially every game counts.  If you happen to lose, your destiny might lie in the hands of another team being upset by an underdog.  Psychologically, we all like to feel a sense of controlling our own destiny and no one feels good about a loss. The emotion about the possibility of winning a close game is inexplicable and the adrenaline that pumps is addicting.

Work Culture Take-Away:
It’s the recognition of a job well done or acknowledgment after a long battle that keeps people going. Regardless of the underlying logic, the truth is that people need constant reinforcement and recognition. The majority of employees want to know how they are performing at an individual level and how they can get better.  People need to know that the work they do every day helps drive towards the whole team winning.

5. The Win – If You’re Not First, You’re Last.
We all know sports fans who say, “We won,” when their team wins, and “They lost” when their team loses. That’s because psychologically associating your self with a winner and distancing yourself from a loser appeals to the ego – even though in reality the fan didn’t win or lose. They did not play, they watched. That’s not to minimize the importance of fandom or fan loyalty. It’s just a fact, backed up by billions of dollars spent supporting their teams.

Work Culture Take-Away:
In social psychology, attaching yourself to another’s success and claiming it as your own is called Basking in Reflected Glory (BIRG).  Within your own work team are you consistently highlighting those company wins?  If not, you are missing out on the team members being able to Bask In Reflected Glory and share in the successes you collectively achieved.  Celebrate wins and see what happens!