Home > News & Insights > Building Exceptional Leaders > What Four Traits Should You Look For In A Leader? 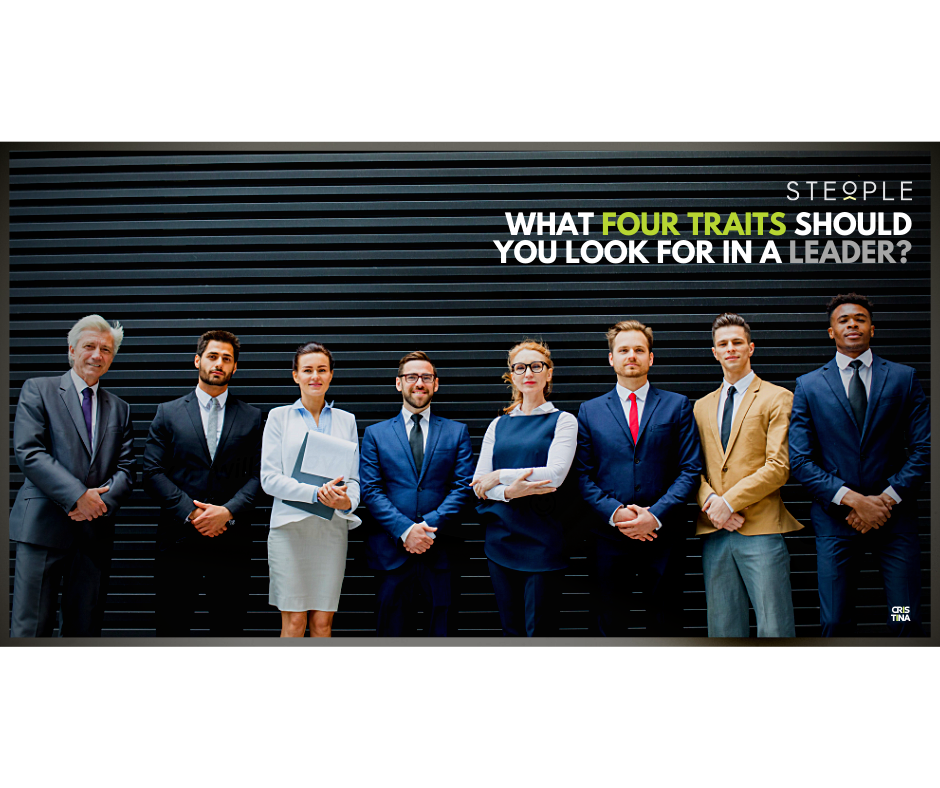 What Four Traits Should You Look For In A Leader?

Dear readers, I am going to walk you through what the most recent research says about the traits individuals look for in their leaders.  Then utilizing that information you can make the big choice on this election day, you can think about your own followership as you think about your business leader…and, of course, think about your own leadership and how people might see you!

Inspirational Leadership
First things first. Take a moment to think about the most effective leader you have had the pleasure of working with. It may have been a boss, team lead, pastor, scout leader, coach or mentor.  Your relationship may have been professional or personal or a mix of both.  Picture them in your mind. Got them pictured?  Now, think about the attributes that made them special to you.  While many different traits may come to mind, I would guess all of them would share at least one of the four traits we are going to discuss today.

As I was sitting here thinking about the best person I was led by – it was so obvious.  He was the boss at my first job at the age of 16…Mr. Gerald Knight.  He interviewed me and give me the job of working in his law office as a legal secretary.  I was in high school and, quite honestly, had my head “in the clouds” half the time.  Mr. Knight was more than a boss.  He and his wife were more like second parents to me…their intentions were to help me succeed in any way they could.

Here was the setup – my huge wooden desk was in the waiting room and front and center was the Selectric Typewriter – no computers yet!  My job was to greet clients, make them comfortable, type legal documents, do research, file paperwork, make copies, and generally tend to the office during slow times.  Oftentimes, he would remind me I could study if I didn’t have other work to do for him, but I would decline that offer because even at a young age I felt he was “renting my time” and I should be doing something to benefit the business.  I worked for Mr. Knight for four years spanning not just my high school, but also my college career.  Eventually, when I needed to make more money I gratefully added on housekeeper for the Knights to my workload.  As much work as I wanted, they were there to support my efforts.

Mr. Knight was always dropping truth bombs…he called them teachable moments.  He instilled a desire to help the underserved, always be kind, stand up to bullies, work hard, be independent, strive for excellence, and be an educated woman.  He was a man of principle, was incredibly smart, and always believed in finding the good in people.  He definitely exemplified the four traits and when I finally had to move on to a new job it ended our business “partnership”, but definitely not the mentorship and friendship.  I saw Mr. Knight a year ago at my dad’s funeral.  Mrs. Knight was in a memory care facility and not doing well.  It meant the world to me that his love and care for my well-being was still there after all of these years.

The Four Traits
Fast forward from those early years…much of the work we do at Steople is helping leaders develop their leadership habits which in turn helps sharpen their interpersonal skills and positively impact the organization.   In order to help build great leaders who then create great workplaces first, we have to understand one thing.  What makes a great leader?

A great leader is someone who has a stellar reputation and is able to get others to follow them. Research by Kouzes and Posner of over 100,000 people across the globe reveals that people evaluate leaders in terms of four broad categories.  These same four traits have been adopted by our friends at Hogan and, in their own words, laid out here:

These four themes emerge in descending order—integrity is the most important attribute and vision is the least important—but all four are crucial components of leaders’ reputations.

In their research, Kouzes and Posner reported the positive impact that high integrity leaders have on their “followers.” These followers see their own core values as consistent with those of the leader and organization. They have a sense of ownership and tell others how proud they are to work for the organization. They are loyal and stay with the organization through good and bad times. And perhaps most important, they feel engaged and committed to the organization.

In their book chapter “The Mask of Integrity,” published in Citizen Espionage: Studies in Trust and Betrayal, Drs. Joyce and Robert Hogan outlined four characteristics that typified a leader who lacks integrity:

This charm, confidence, and talent for ingratiation provide these leaders the tools they need to find employment at and quickly ascend the ranks of large, hierarchical organizations, while the private self-doubt associated with the hollow core fuels their pursuit of the money, power, and prestige offered by senior management positions.

What Can We Do?
So with all of this said…we know that Integrity is the #1 trait people most want to see in their leaders.  But, when assessing potential leaders, how do we choose well?  Dr. Robert Hogan in his research has outlined three distinct steps we can all take in our own organizations to avoid the devastating effect leaders described above can have on morale, engagement, and productivity.

So on this momentous day in history, make your choice.  And in the following days in your own leadership keep all of this in mind making your mark on your team, organization, and community in a way that people will be inspired by for years to come!