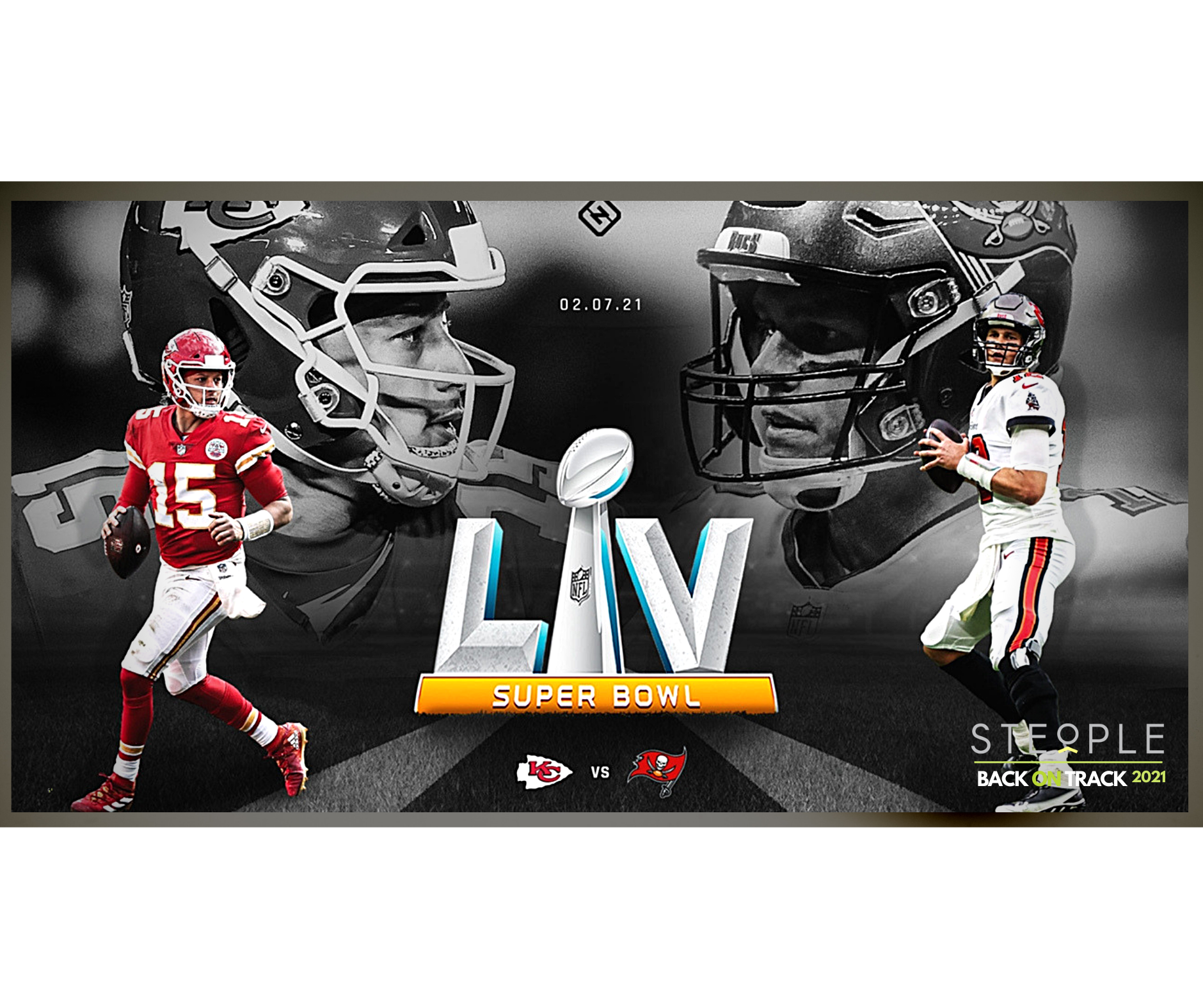 In The Red Zone of Leadership: Mahomes vs. Brady

Have you heard?  It’s Superbowl Week! Tom Brady and Patrick Mahomes will square off this Super Bowl Sunday as the two quarterbacks tasked with leading their teams to a championship.  A much-needed match-up after a crazy 2020.  Who are you betting on?  There are several reasons why I am hoping the Chiefs pull out the win – I lived in Kansas City for a couple of years and was a regular at the games, my daughter currently lives there (and is a huge fan), my neighbor’s daughter is one of the Chief’s cheerleaders, and, quite honestly, I just love that young gun, Mahomes!

All of the reasons I just listed are based on emotion and nostalgia which has nothing to do with the skill sets and talents each team possesses.  More importantly, when we talk about the two quarterbacks, what traits and skills will help lead their team to success?   At the Super Bowl, talent is the price of admission, but each quarterback has certain leadership characteristics that might be the differentiator.  They each bring their own “flair” to the team they lead.  Let’s take a look at what makes each of them great and, possibly, reflect on our own leadership.

Wait Your Turn
Even though the Kansas City Chiefs drafted Mahomes in the first round to be their franchise quarterback of the future, he had to spend his first year as a backup behind incumbent quarterback Alex Smith. Instead of pushing for playing time, Mahomes made the most of his waiting period by taking in the knowledge and professional example Smith set. Mahomes even waited to sign several large endorsement deals until after he became the starting quarterback in his second season after Smith was traded. The waiting game paid off immediately. Mahomes won league MVP in his first year as a starter and led the Chiefs to a Super Bowl championship the year after that as the Super Bowl MVP… all before the age of 25.

Earn the Respect of Your Teammates
When Mahomes took over the starting QB job in Kansas City, most teammates were excited to play with him. But as an Alex Smith loyalist, star tight end Travis Kelce took a more reserved “wait and see” approach. It wasn’t until after Mahomes’ breakout performance in his first game that Kelce came around and quickly became Mahomes’ close friend and #1 fan.  Being a part of both the hard work and the  “magic” that Mahomes brings to the field was key to the earned respect.

Empower Others and Share the Credit
Once Mahomes became the starting quarterback, success – and recognition – came almost immediately. But instead of hogging the spotlight, Mahomes deflected the praise with his teammates.  “My job is to put the ball in my teammate’s hands and let them make the big plays.” Mahomes would often say to reporters after a big game. Having the confidence to highlight other’s on the team is a sign of a true leader.

Set a Good Example – In Words and Actions
Part of the way through Mahomes’ MVP season, video evidence emerged of a physical altercation between star running back Kareem Hunt and a young woman. Despite Hunt leading the league in rushing the year prior and the lack of depth at his position, the Chiefs quickly released him from their team. Though Mahomes offered support to Hunt throughout the process, he represented the values of the team and the league by acknowledging the responsibility to set a good example. “We don’t do those kinds of things here,” Mahomes explained after the incident.

Be an Authentic, Fair Leader
After winning the Super Bowl, Mahomes was rewarded with the largest contract in U.S. sports history – 10 years and over $500 million. Incredibly, most analysts considered this a “team friendly” deal – and the Chiefs had money leftover to offer generous contracts to other star players on the team. When asked how this kind of contract would affect him, Mahomes was unmovable. “I’m not going to change from who I’ve been all the way back in junior high,” he said. “I’m going to keep being myself.”

Be Humble and Know Yourself
People want to attribute something mystical to celebrities. To that, Brady says, simply, “I throw a football.” Nothing more, nothing less. Brady was a backup QB on his freshman team in high school and went to Michigan as a seventh-stringer, not becoming a starter till his junior year. New England drafted him in the sixth round. A few years ago, Brady recalled, “There are plenty of things I’m deficient at.” That self-awareness only fuels his drive for self-improvement. “I’ve never been a great athlete,” Brady says but does know what he’s good at. “I feel some of my strengths are my awareness and decision making.”

Get Comfortable With Being in Control
Over the years, Brady has made it clear that he feels if a quarterback’s priorities are about the team and its success, then other guys won’t be so hesitant to let him take over.  “There were a lot of things I didn’t feel comfortable having my hands in, but with the leadership challenges that I face now, I’m very comfortable with the demands of it,” says Brady.  “That definitely has become easier over the years. You gain credibility with the past performance, and that’s what you use.”

Have an Urgent Desire to Succeed
As discussed, Brady definitely has a story—how he struggled to get playing time in college, how he was overlooked in the NFL draft until the Patriots took him as the 199th pick in the sixth round.  With his strong will to succeed he has used those slights and challenges to turn himself into one of the best quarterbacks in the history of professional football. As Vince Lombardi put it, “In football, you’re going to get knocked down. It’s what you do next that matters.”

Influence and Motivate Talent
Over the course of Brady’s record-breaking NFL career, he has faced several challenges in the team talent department. One of the most famous is wide receiver, Randy Moss. When the Oakland Raiders traded Moss to the Patriots in 2007, his reputation as a difficult player preceded him. Moss quickly learned “The Patriot Way,” however, with the help of his symbiotic quarterback: Brady. In his very first season, Moss had 23 touchdown receptions— the most of any NFL receiver in history.

Work Hard and Know Your Stuff
It’s not just Brady’s ability on Sunday, it’s his preparation from Monday through Saturday that makes him great. That preparation is on display every time he makes adjustments at the line of scrimmage and gets his team into a positive play, one that will exploit the defense’s weakness on any given play.  People hastily give the system all the credit for his efficiency, and while it plays a role, his football intelligence is what allows him to make such effective reads, throwing such few interceptions and completing such a high percentage of his passes.  There are no shortcuts when it comes to success — you’ve got to put in the work. As Brady once said, “I just love working hard. I love being part of a team; I love working toward a common goal.”

Diversity of Leadership Traits
Just as we see with these quarterbacks, there is a diversity of talent when we look at leaders.  The methods these quarterbacks use and the team dynamics we’ll see on Sunday will show up very differently.  As leaders, we all refine our skills and prepare for the HUGE moments in our careers in very different ways.  Each one of us plays “the game” leveraging our own strengths and mitigating our weaknesses on the field.  One thing is certain with these two quarterbacks – both are exceptional leaders and they both have the potential to win for very different reasons…just as each of you has the potential to “lay it all on the field” to help your team succeed in their own way!

Make a Top 5 List of the Leadership Advantages you and each of your team members bring to the game.  Can you be exceptional and win in 2021?  My vote is ABSOLUTELY!  Can’t wait to see that success play out!  Have fun watching the big game this weekend – Go Chiefs!