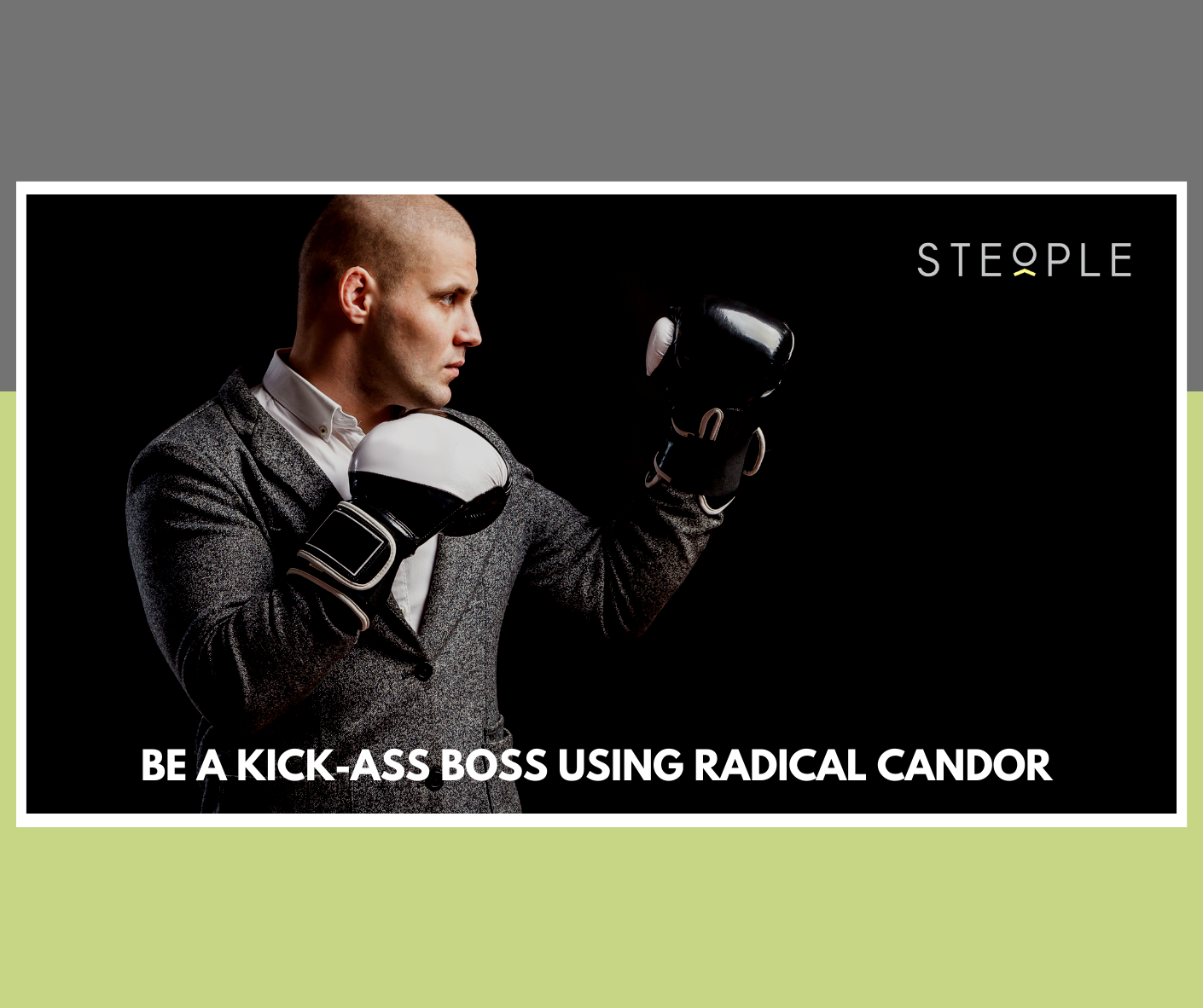 Scott looked tired as he sat down across the boardroom table from me.  He was an attorney that had built an incredibly successful law firm.  He was transitioning into being the single owner after an announcement from his business partner that he would be retiring as of July 1.  This was both shocking and exciting to Scott because had big dreams of scaling the business.  For the next hour, Scott laid out his aspirations and wishes for the future. It was bold and inspiring and totally attainable – except for one thing.  And this is a big thing, friends…he had absolutely no idea how to pull it off.  As I sat listening, it became increasingly evident that the assistance he needed was in my scope of advisory work – a well-thought-out vision, communicating out the company’s core values and purpose, getting everyone on the team aligned and working in the same direction, crafting a sound strategy, getting clarity with a sustainable compensation plan and an annual performance program…not to mention a succession plan so attorneys would be incented to stay.  This was all built upon executive coaching for Scott and development opportunities for his high potentials.  Totally do-able.

But here was the dagger that I knew would kill all the hard work we put in if it wasn’t addressed.  Scott was a nice guy AND he didn’t like confrontation.  He essentially was an individual contributor who just wanted to do his job.  He was a great producer but not a BOSS.  Now don’t get me wrong, many times I find just the opposite…someone is harsh and unfeeling and disliked, but not Scott.  People loved him and knew they could get away with anything.  So, this was the dilemma.  Could he turn the corner and build a high-functioning healthy team that would help him meet the goals and accomplish this lofty vision?  That could only be answered by Scott and his ability to look at his own blind spots. What was he continuing to tell himself about the dangers of being upfront with his team?  What hurdle did he have that was holding him back from realizing his full potential and his dream?

Now, this is a true story, but I have changed several of the identifiers to protect the innocent.  Truthfully,  remembering this scenario jogged my memory of how often when coaching a leader the discussion turns to “Can’t people just do their job?”  As many of you know, it is easy to armchair quarterback when you aren’t the one in charge, but once in charge, you realize that leadership is SO hard and SO lonely and SO rewarding – all packaged up in one.  In the end, however, if I were to ask many of the people I coach what their end goal was it would be this – I want to be a great boss and help other people succeed.  But somewhere along the way that gets lost and all at once, we become the boss we never thought we would become.  We become frustrated, impatient, micro managers that feel exhausted and defeated by the lack of progress we are making towards results.  Yes, I am talking to you.

Responsibilities of a Kick-Ass Boss
The idea of becoming the boss you envisioned you would be is simple…you don’t have to be a doormat or a bulldozer.  As a boss, you can be kind and clear at the same time.  A great resource for this type of thinking is “Radical Candor:  Be a Kick-Ass Boss Without Losing Your Humanity” by Kim Scott.  In her New York Times bestseller, she states that there are three things you need to do well as a boss to build a value-driven, results-oriented company.  They are easy to write about, but much more difficult to implement:

1. Create a Culture of Guidance
Guidance involves setting the direction, laying out expectations, and giving people feedback.  The questions I get most here are:  How many times do I need to reiterate the vision?  Why do I get so much push back?  Do I actually have to say it?  How do people not know what I expect?  Am I being too nice?  Am I being too rough on them?  Don’t people just want to be left alone to do their job?

2. Build a Cohesive Team
Building a team means figuring out the right people for the right roles, hiring, firing, and promoting.  Then once you get the right people, how to keep them motivated.  Some of the questions here are:  Why do people want the next level-up job when they haven’t mastered the skill set at their current level?  Why do people leave just when you got them up to speed?  How do I handle Millenials?  What is with all the feedback and recognition?  Why won’t everyone just do their job and let me do mine?

3. Drive Results Collaboratively
Many leaders are constantly frustrated that it seems harder than it should be to get things done.  The questions here are:  Why don’t we debate more as a team?  Why do people avoid collaboration and just move forward on their own?  Why do people continue to take the same actions and expect different results?  Why can’t they make a decision?  What is up with people continuing to say they aren’t “empowered”?  Why aren’t managers holding people accountable?

Many things get in the way, though:  power dynamics first and foremost, but also fear of conflict, worry about the boundaries of what’s appropriate or “professional”, fear of losing credibility, and time pressures.  Nevertheless, these relationships are core to your job.  They fully determine whether or not you can fulfill your three responsibilities like a boss.  You’ll be happy to know that taking the position of having Radical Candor with your team should be front and center of your strategy in making inroads to success.

What is Radical Candor?
Simply put it is two things – good relationships and challenging each other.  This all hinges on psychological safety which is fodder for another blog.
Care Personally.  I absolutely believe that people do not wake up in the morning and think “I’m not going to give a darn about the people I work with.”  However, I see it over and over again…bosses holding back on those relationships with their direct reports.  Part of the reason people fail to “care personally” is the need to keep it professional.  That phrase denies something essential.  We are all human beings, with human feelings, and, even at work, we need to be seen as such.  When that doesn’t happen, when we feel we must repress who we are to earn a living, we become dis-engaged.  In addition to the obsessive devotion to professionalism, there is another less virtuous reason why people fail to care personally.  When they become a boss, some people consciously or unconsciously begin to feel that they are better or smarter than the people who work for them.  Of course, if you are a boss, there is some hierarchy involved.  Just remember that boss is a job, not a value judgment.  Deeply caring about each of your direct reports is the antidote to both robotic professionalism and managerial arrogance.

Challenge Directly.  Challenging others and encouraging them to challenge you helps build trusting relationships because it shows 1) you care enough to point out both the things that aren’t going well and those that are and 2) you are willing to admit when you’re wrong and that you are committed to fixing mistakes that you or others have made.  But because challenging often involves disagreeing or saying no, this approach embraces conflict rather than avoiding it.  Former Secretary of State Colin Powell once remarked that being responsible sometimes means pissing people off.  You have to accept that sometimes people on your team will be mad at you.  In fact, if nobody is ever mad at you, you probably aren’t challenging your team enough.  And vice-versa you might get frustrated when you get challenged…but eventually, that does become more comfortable and part of the team culture.  That is a good thing!   It makes me think of the “Help me, help you” Jerry Maguire clip.  In the movie, Jerry and his client Rod get in a big argument and the punch line features Rod telling Jerry, “See that’s the difference between us – you think we’re fightin’, and I think we’re finally talkin’!”

Now, radical candor is not an invitation to nitpick.  Challenging people directly takes real courage and effort – not only from the people you’re challenging but from you as well.  So, do it for things that really matter. A good rule of thumb for any relationship is to leave three unimportant things unsaid each day (remember that with your personal relationships as well, wink, wink).  Radical candor is not about schmoozing or spending endless hours together in team-building activities. This eats up time and energy for both you and the team – simply asking how someone is and spending a few extra minutes with them is all it takes.  Finally, radical candor is not a hierarchical thing.  To be radically candid, you need to practice it “up,” “down,” and “sideways.”  Make it part of your culture and the results will be evident.

As always, I hope this gave you at least one thing to think about this week.  Remember, your leadership impacts many – get out there and make “it” happen.  Let me know how you are doing and if we can help you in any way on your leadership journey!