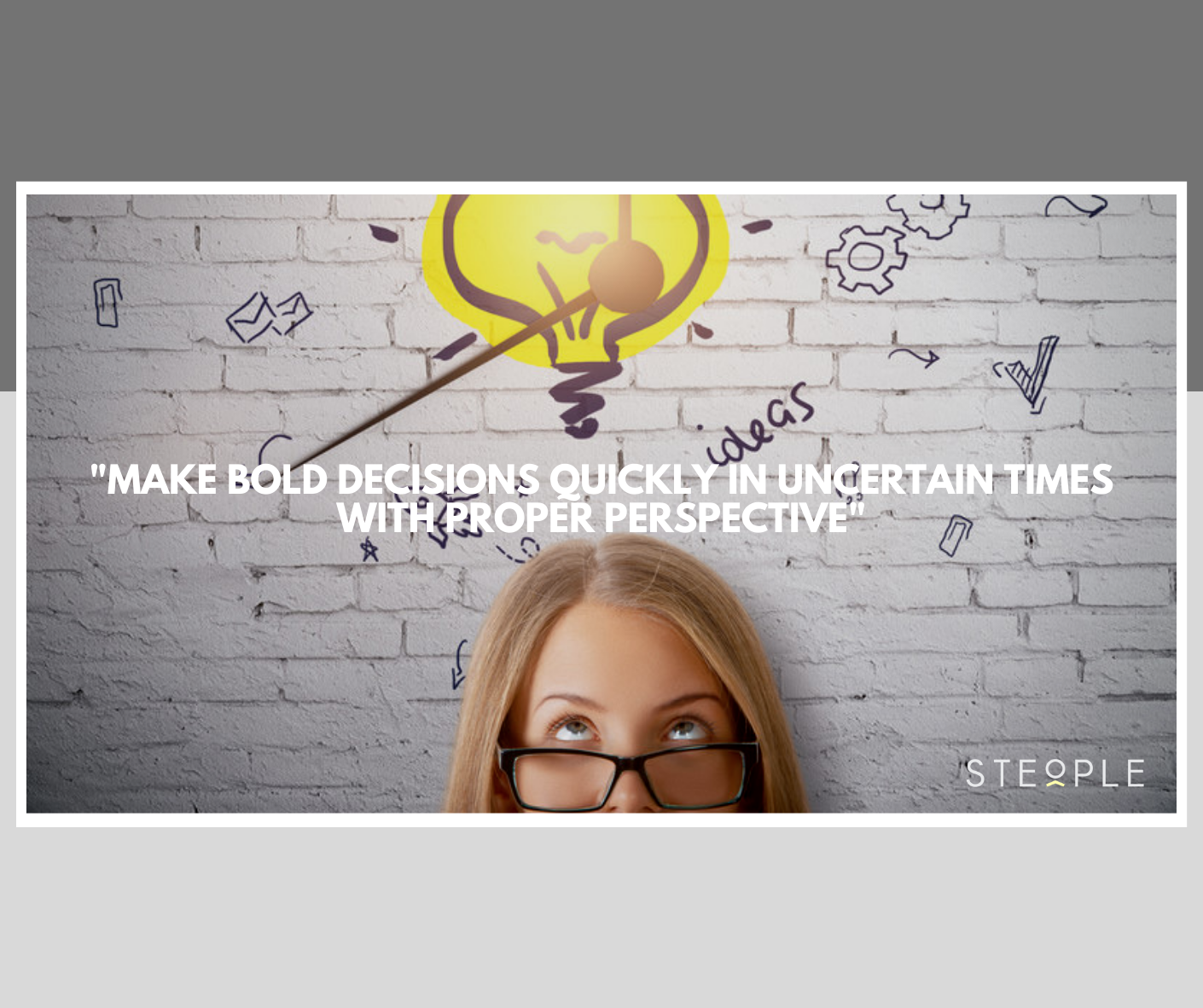 Some days, you leave your work desk at 5 p.m. jump in the car to pick up the kids at day camp, make a nutritious meal, help a friend with a decorating project, and hit the gym. Others, you walk in the front door and collapse on the couch, binge watch your favorite TV show, order in Chinese, and pour a glass of wine.  Both days your “work” was just sitting at your desk, but one left you far more physically exhausted.  Why?

The clues may be found in some recent research on decision-making. Two groups of subjects did one of two 90-minute tasks: either playing a mentally taxing computer game or watching a “neutral mood” documentary about Ferrari sports cars. Afterward, each subject was asked to hop on an exercise bike, pick a resistance level, and pedal as long as they could.  In nearly every case, the documentary watchers peddled longer than the game players. What’s even more interesting is the fact that both the cognitively drained game players and the cognitively rested documentary watchers chose the same level of bike resistance. The already drained players did not even realize they were more exhausted!  This seems to show that people have a tough time self-monitoring for fatigue. Obviously, we are not good at fitting our workloads to our energy levels, which definitely has some implications as we make decisions.

Decisions…Decisions…
Did you know that that by some estimates, the average American adult makes 35,000 decisions a day?  Some of these can be large decisions, but for most of us, the decisions that drain us most are the ones that we make over and over and over again. For example, decisions like:

And so on.  Wasting precious energy over these decisions— which could be automated or planned — is one reason why many people feel so drained at the end of the day.  Why do you think Steve Jobs wore a black turtleneck every day? You got it – one less decision to make!

Decision fatigue helps explain why typically sensible people get easily frustrated at coworkers and family or friends, splurge on Amazon, eat junk food while on a diet, and can’t resist the lure of social media.  No matter how rational you try to be, you can’t make decision after decision without paying a biological price. The fatigue we are talking about here is different from ordinary physical fatigue…you honestly aren’t even aware of being tired…but you are low on mental energy. Layer those decisions on top of all of the “noise” that 2020 brought into our lives!  The more choices you make throughout the day, the harder each one becomes for your brain.  Eventually, the brain looks for shortcuts, usually in either of two very different ways:

Research shows that good decision-making is not a specific personality trait, but it is one of the most important aspects of good leadership.  People with the best self-control are actually those who establish habits that help manage their energy over a long day of constant decision-making.  The following two “life hacks” can help you avoid the fatigue of so many choices and get on your way to making consistently better decisions:

1. The Brain Does Not Like Too Many Choices
Have any of you heard of Which ‘Wich Sandwiches? It is an American fast-casual restaurant specializing in sandwiches and salads.  It has its headquarters in Dallas and now has approximately 50 stores worldwide.  The concept is that you walk into the sandwich shop, pick up a red sharpie to mark up pre-printed menus on sandwich bags – turn it in behind the counter, and “Viola!” instant deliciousness.  All sounds great, right?  Wrong.  With 50 varieties of sandwiches and more than 60 other customized factors (toasted, double meat, size, etc.) Which Wich claims there are approximately 56 trillion possible combinations.  On my first trip to try one out with my daughter on OU Campus Corner several years ago, I literally walked out of the sandwich shop shaking my head and choosing another restaurant…Jimmy Johns.  My brain did not go into overload mode at Jimmy Johns because there were only 18 pre-made options to choose from!

Big business has figured this out and reacted to the market accordingly.  When Procter and Gamble went from 20 different kinds of Head and Shoulders to 15, they saw an increase in sales by 10 percent. Too many choices exhaust us, make us unhappy, and result in us feeling dissatisfied. Researcher Barry Schwartz calls this “choice overload.” And it’s not just insignificant details like finding a good sandwich for lunch —having too many choices in our creative and professional lives can lead us to actually avoid making important decisions.

“As the number of options increases, the costs, in time and effort, of gathering the information needed to make a good choice also increase,” writes Schwartz. “The levels of certainty people have about their choice decreases. And the anticipation that they will regret their choice increases.”

Action Item: Limit your own options when having a choice to make.  Only compare 3 websites instead of ten when you are buying a product. Also, when asking others for a decision, keeping it to no more than three choices will likely increase your chance at getting to a decision quicker with less brain-power expended.

2. The Early Bird Catches the Worm
Psychological research suggests that the least productive time of day is the mid-afternoon, right around 3 p.m.  On the other hand, the most productive time to work is within the first two hours after you wake up. Just like your body, your brain gets tired. We make poorer decisions when we are tired. The mind can only sort through so many options and make so many choices before it starts to run out of steam. That’s why impulse buys like candy bars and magazines at the checkout aisle in the grocery store at the end of the day can be hard to resist. We’ve exhausted all our good decision-making skills.

The same goes for our workday. Making lots of decisions not only exhausts us, but it can also put us in a bad mood – especially if we haven’t taken breaks or eaten.  Research done on rulings in a parole court found that judges were more likely to deny a prisoner’s request and accept the status quo outcome as they advanced through the sequence of cases on a given day. More specifically, their proportion of favorable rulings started high, at about 65% at the start of the day, but dropped off rapidly.

By the time a meal break came around, the proportion of favorable rulings was close to zero. When the court was back in session, the pattern repeated itself, starting high and ending with almost zero favorable rulings. Interestingly, neither the judges nor the panelists who advised them were aware that mental energy is essential to careful deliberation and the later in the day, the lower such energy is, unless a lunch break allows judges to recharge.  The same evidence can be found in other contexts, such as physicians’ prescribing unnecessary antibiotics for respiratory infections throughout the day.

Action Item: Make your most important decisions in the morning rather than at the end of an exhausting day when your energy has been depleted…and be sure to build in breaks to refresh throughout the day.  Likewise, when needing to make a thoughtful decision as a team, push to have that meeting early in the morning versus at the end of the day.

3. Time is of the Essence
Leaders know that making good, fast decisions is challenging under the best of circumstances. But the trickiest are those we call “big bets”—unfamiliar, high-stakes decisions. When you have a crisis of uncertainty such as the COVID-19 pandemic, which arrived at overwhelming speed and enormous scale, organizations face a potentially paralyzing, exhausting volume of these big-bet decisions.

The approach of some companies, big and small, was far too slow to keep up in such turbulence. Postponing decisions to wait for more information might make sense during business as usual. But when the environment is uncertain—and defined by urgency and imperfect information—waiting to decide is a decision in itself. For instance, delaying the decision to cancel noncritical surgeries can mean not freeing up physician and hospital capacity now and potentially exposing or infecting more people.

Action Item:   Make bold decisions quickly in uncertain times with proper perspective.  During times of stress and chaos leaders tend to lose sleep, let their workout routine go, and quit taking care of their own well-being. Not pulling away from the problems at hand only increases “decision fatigue” and puts leaders at more risk of making poor decisions.

Just Remember…
The cumulative effect of all the decisions you have to make in one day isn’t intuitively obvious. Virtually no one has a gut-level sense of just how tiring it is to decide. Big decisions, small decisions, they all add up. Choosing what to have for breakfast, where to go on vacation, whom to hire, what exit to get off at when going through construction on the highway — these all deplete our energy, and there’s no telltale symptom of when that energy is low. It’s not like hitting the wall at mile 20 during a marathon. When the brain’s regulatory powers weaken, frustrations seem more irritating than usual. Impulses to eat, drink, spend and say inappropriate things feel more powerful. These miscues can hijack your day and have negative implications on your organization unless you focus on some sound strategies to avoid the fatigue of making those 35,000 decisions a day!

We hope that this normalizes some of the exhaustion you inexplicably feel after a long day and that it also helps you tweak the way you approach decision-making.  Take all of this to heart and let me know how we can help you in your leadership journey!