Home > News & Insights > Building Exceptional Leaders > Thankfulness vs. Appreciation… What Is The Difference? 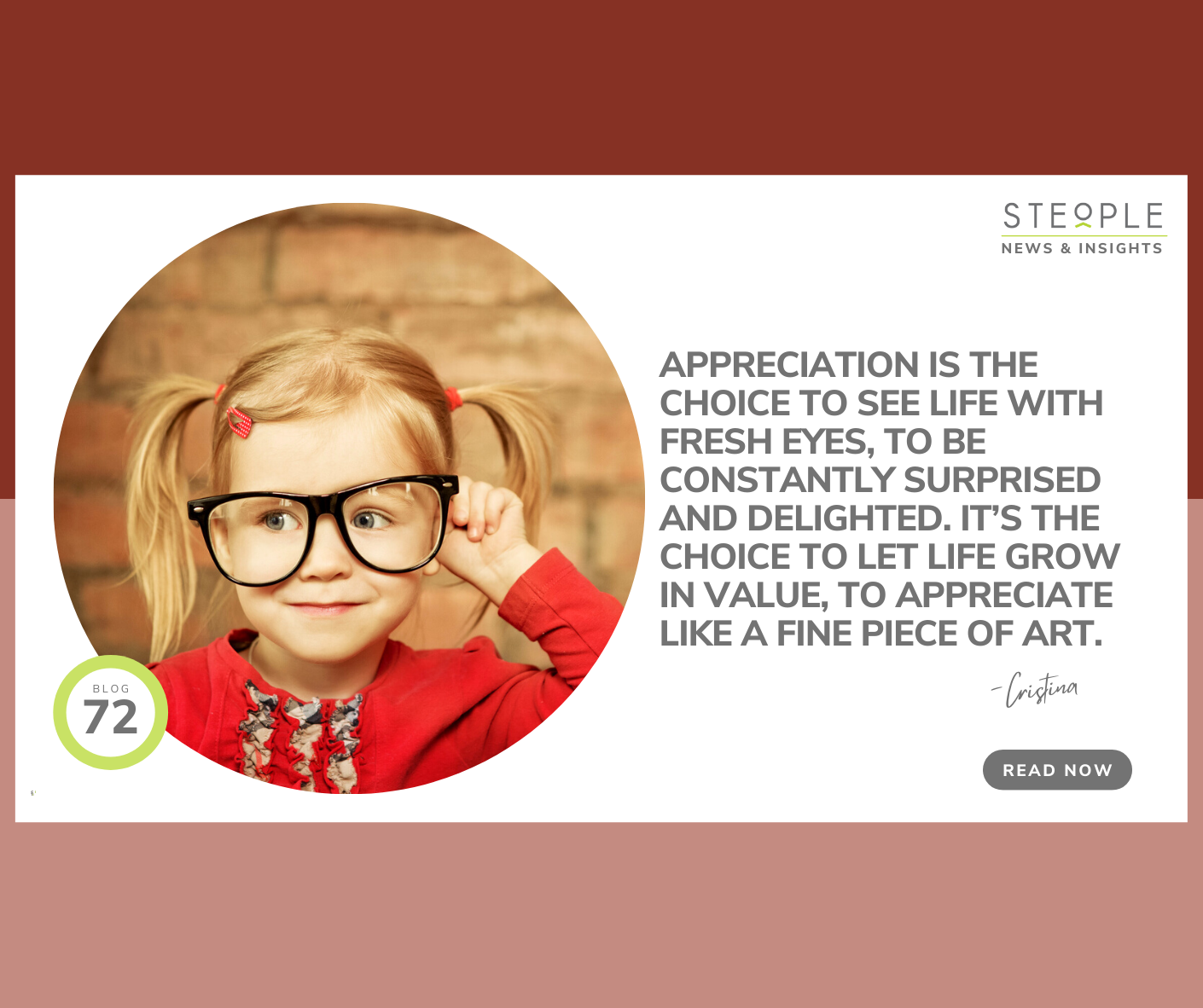 Thankfulness vs. Appreciation… What Is The Difference?

I will be honest with you; I have been practicing something new recently.  It has not been an easy thing to practice, in fact, it’s been a little bumpy.  The new behavior is definitely something I have known for a long time that I needed to work on, but I just hadn’t made the intentional effort to change.  The behavior I have been practicing is letting go and appreciating.  The funny thing is, that it started with this excerpt several months ago:

“The one thing that all humans have in common is that everyone believes there is a way things should be and there is a way thing shouldn’t be. When things are as we think they should be we’re happy, and when things are not as we believe they should be we’re upset.”
‍
I saw then and see now, how true this statement is. It’s true about me and it’s true about almost everyone I know. It is all about the fact that we each have our preconceived notions about what is the right way to do something and what is the wrong way to do something.  Then we operate our life in a way that tries to control those variables that don’t fit into our tight little world.  It’s human psychology. It’s how our brains just naturally operate.  And if you notice there are a bunch of “shoulds” in these examples:

It is as Ted Lasso says “Be curious, not judgmental”.  Be open and curious.  Once we choose freely and experience openness and curiosity, we begin to live in appreciation.  Remember this during this holiday:

Can you believe that wonder, awe, and appreciation are actually our natural states?

Appreciation is the choice to see life with fresh eyes, to be constantly surprised and delighted. It’s the choice to let life grow in value, to appreciate like a fine piece of art.

Try it once as an experiment and you’ll see that you can be open and curious and effortlessly filled with appreciation. This path helps you reduce the amount of energy you expend in being irritated or trying to control the world around you.  It can be a naturally self-reinforcing energizing way to live and lead…let me know how it turns out!