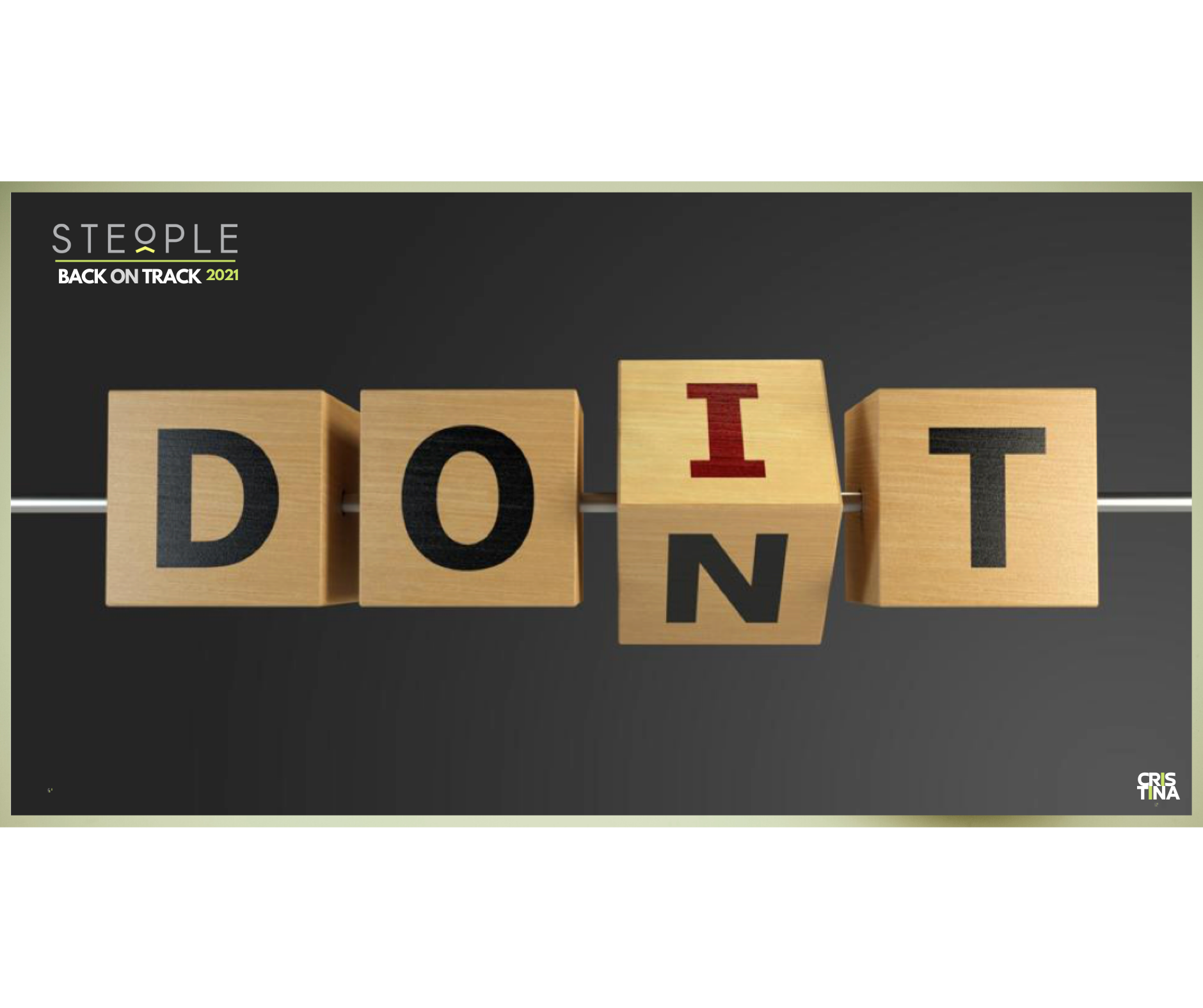 As we were driving through the sleet and fog my brain was sending off warning signals.  Had we made a mistake taking the trip?  Should we turn back?  Will we make it back home with no issues?  The decision we had made was a risky one.  My sister had decided to elope in Santa Fe and I had agreed to meet her there with my mom and sister in tow.  But with unseasonably cold temperatures (-10 degrees Fahrenheit) and 12-inches of snow forecast the mad 36-hour dash to meet the new family and witness the nuptials was on.  Best case scenario we make it back…worst-case scenario…well let’s just say I had brought matches and an ax – seriously!

I’m usually fairly decisive, but on this one, I got plenty of input (asked for or not) – from my brother…don’t go.  From my peer in New Zealand…go for it!  In the end, we went, we celebrated and we made it back before the snowpocalypse and I am SO thrilled I made the call… just under the wire before the big storm hit.  I absolutely know if I hadn’t gone, I would have regretted it.

How the Brain Processes Risk
For each one of us, we take calculated risks every day.  But, how is it we process that risk? An emotional center in the brain, the amygdala, is one of the key regions involved in evaluating risks and making decisions. The area is responsible for triggering feelings of fear by signaling to other brain regions that an outside stimulus — a stranger, a snake, a breaking news story — may be a potential threat. In response to an alarm from the amygdala, the body starts to release stress hormones and prepares to react in one of three ways: flight, fight or freeze.

Whether people perceive a situation to be risky or not is partly due to how their amygdala responds. As an example, the free-solo climber Alex Honnold — who has accomplished superhuman feats that make most people’s palms sweat just thinking about, like scaling some of Yosemite’s highest granite walls without ropes — has an under-active amygdala; his brain doesn’t respond to frightening or upsetting images in the same way as most people. Consequently, he doesn’t find standing on a two-inch ledge 1,000 feet up to be scary.  Interesting!

“That connection is very important for your ability to calm yourself down when you’re anxious, your ability to reframe a situation so as to make it less scary than it might initially seem, and it’s involved in regulating different forms of negative emotion,” says Joseph Kable, Ph.D., a psychology professor at the University of Pennsylvania. “We also know that the prefrontal cortex is an area that plays a role in weighing the costs and benefits of competing courses of action and then deciding which course of action seems more beneficial.”

The amygdala’s initial emotional response and the prefrontal cortex’s slower, more rational processing work together in this way to help people make decisions. “There are components of that evaluation that are more implicit and emotional, and there are components of that evaluation that involve more reasoning about the probabilities and the benefits,” Kable explains. “Your ultimate decision, your ultimate evaluation is going to be a mixture of both of those influences.”

The Science of Regret
What is the one thing most people have more than enough of?  Regret.

Regret is such an important part of this equation…if we take the risk and it goes well we are geniuses.  If we take the risk and things go South we are held accountable and regret making that decision.  Regret is a highly important emotion that evolution likely equipped us with to facilitate learning. Without regret, we can hardly learn from our mistakes. We need this painful stimulus to avoid repeating the same mistake again and again.  But the way our brain processes regret and determine the level of pain we experience is counterintuitive: Missing a bus by one minute triggers more regret than missing it by 10 (regardless of how long we expect to wait for the next bus). Similarly, a decision to depart from the status quo that later proves to be misguided triggers more regret than making an unwise decision to maintain the status quo.

Why is all of this important and relevant to you?  As you know every day you are making numerous decisions, one after another, and risk and regret play into that.  Are you being intentional and strategic about the risks you take as you go about your typical workday?  I want to encourage you to think about the “almost autopilot” decisions you make and then short-circuit the normal neural pathways of your brain and to think differently…take a few risks and see how they turn out.  These are risks that, if used appropriately, will pay dividends to you and your organization…I promise you, in the end, will be happy you took them!

1.) Hire or Promote Someone You Probably Shouldn’t
In a recent poll, a number of entrepreneurs reported at least one of their most remarkable employees was a person they took a chance on – someone who didn’t have the “right” qualifications, didn’t have the “right” background, was too young or too inexperienced or too new in the Industry.  So why did they take a risk on hiring or promoting that person?  They had a hunch.  They spotted an intangible quality.  They loved the person’s attitude or enthusiasm or intelligence or work ethic.  Give an “unusual” candidate a chance (still doing your due diligence and running that selection assessment).  You might get a lot more than you ever hoped, but you’ll never know if you don’t take that risk.

2.) Fix Something Everyone Complains About
Nearly every company has processes, practices, or systems that people complain about, but never elevate the issue or try to solve it. The year 2021 is your year to change that. Be proactive by proposing a solution to longstanding issues in your organization. Whether it’s a more efficient process, new software, or a way to make meeting more effective, speak up and take action.  There are actually two types of critical thinking – one is seeing the problem and two is solving the problem.  If you have a solution mindset then people will hear you and get on board to collaborate on that change.

3.) Ask for More
Are you growing enough in your current role? Are you being challenged? Are you making what you’re worth? Are you leveraging all of your strengths currently?  If the answer to any of these is no, then do your homework, figure out what you would need to succeed, and then propose a plan about how you can get to where you want to be. Even if you don’t get everything you want, you’ll at least show the board, your boss, or the people on your team that you mean business—and that you know your own value. Start networking at or above your pay grade and explore opportunities that would require you to stretch.  As a coach once told me “Ask for what you want.”

4.) Work Less
Work-life integration can seem like a fantasy in some circles, especially with all of the new work from home options. Workaholism is just part of the culture in many companies – especially in the United States. That’s why working less can be a big risk, and it’s a risk you should take, because guess what?  The most successful risk-takers know that downtime is critical to making the right career moves.  Sometimes this can be a culturally difficult thing to do.  It’s hard to develop the emotional muscle to take a break. Be one of those people that realize you need to have downtime to fill your “creative well” to be able to see the right opportunity, problem-solve, and become more innovative in your thinking.

5.) Follow Your Bliss
If you don’t have a passion for what you’re doing, then the bottom line is that you can and should pursue every opportunity that comes up to get you moving in the direction of where you would be most happy. This might mean picking up a new skill, repurposing your current role, or having a side gig that fills your emotional reserves.  People may doubt you – hear the criticism, take the potshots, endure the laughter or derision, and keep measuring yourself by your efforts and your standards.  Even baby steps in the direction of happiness and reinvention are better than no steps at all.

Now all that being said, some risks may not pay off, but an optimistic risk-taker will always look at failure as an opportunity to learn. The willingness to experiment with new ways of looking at a possible hurdle is key to personal and business growth. Remember the old saying, “Nothing ventured, nothing gained”!  Let me know which one of these you are going to embark on or any others that you decide may be worth taking a chance on change.  We want to hear what risks you took and how they turned out!