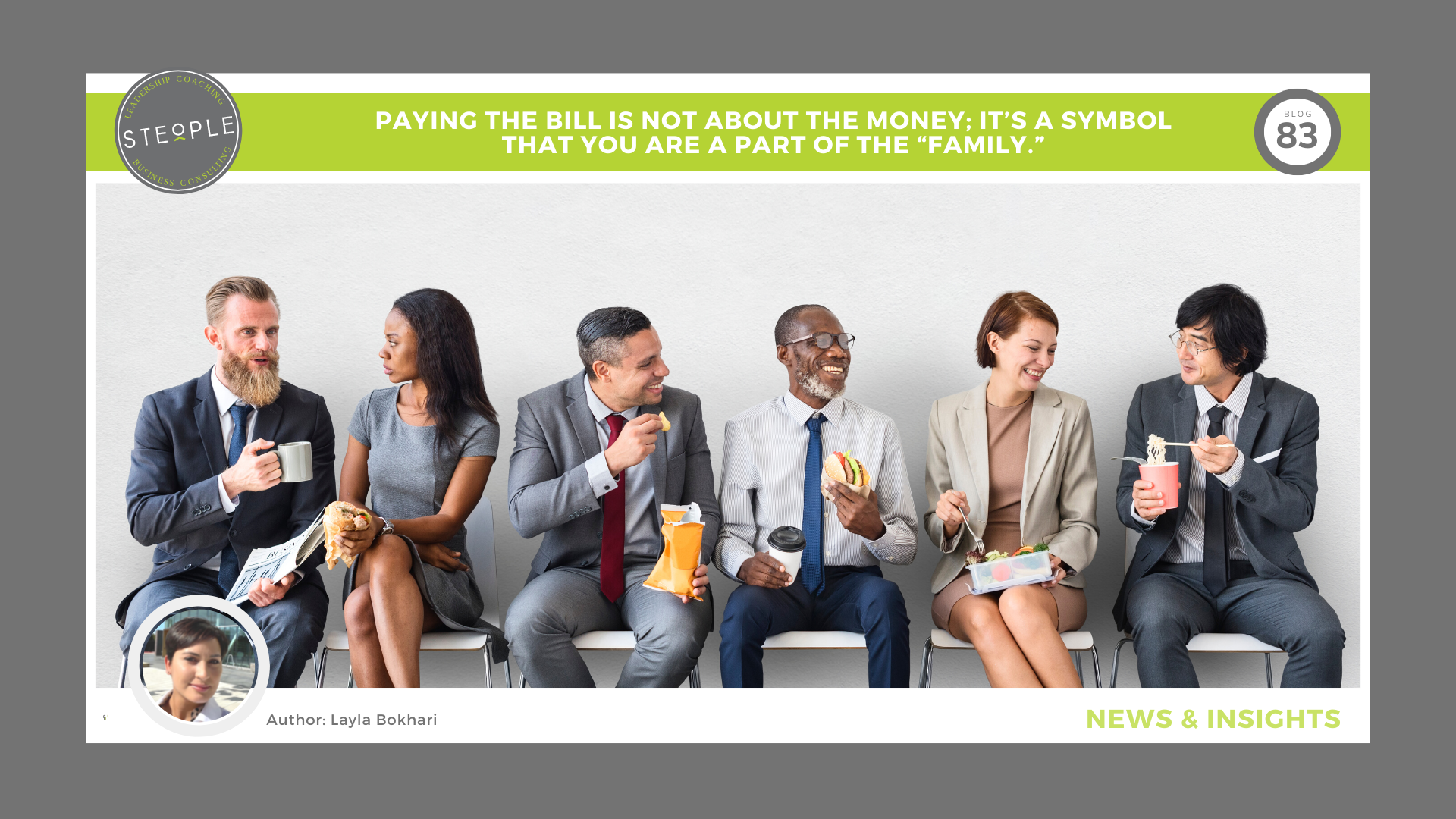 By Layla Bokhari
Recently, I attended a birthday celebration for a friend of a friend. As we walked up to the open patio of the restaurant, I saw a table full of people chatting and sharing stories over food and drinks. There were lively conversations, people laughing and a lot of hand gestures from the people who were talking. As my friend made her way around the table to say hi to everyone, I noticed the close proximity to each other. There were handshakes, hugging, and kissing on both cheeks to everyone. After we sat down, a few people asked if we wanted to go order some food and drinks. A group of us went to stand in line and after the first person ordered, my friend gestured to me to order what I wanted. The cashier said, “Is this all on one bill?” I stood back and looked at my friend. She gestured again for me to order, and I said, “Well, he asked if this is on one bill?” She looked at me and said, “Just go ahead and order.” After I ordered, I realized that there were two individuals fighting over who would pick up the tab for everyone in the party. The “look” from my friend was that of “Don’t ask about the bill. It’s inappropriate.” We sat there for hours just talking, storytelling, and enjoying everyone’s company. I had met several people previously, but I did not know them very well. However, by the end of the gathering, we were all good friends. We were “family.”

This particular group was a gathering of Arabs. I find it heartwarming to see the intensity Arabs express “fighting” over the bill. There is a lot of hand gestures, loud “No way! It’s forbidden that you get the bill!” and so on. Paying the bill is not about the money; it’s a symbol that you are a part of the “family.” This culture is a collective culture, and each person is part of a larger family. Throughout the night, the individual who was celebrating his birthday asked my friend and I several times if we were comfortable or wanted anything else. When he picked up the tab, it made sense. Since I was now a part of the “family,” he wanted to ensure that I, and everyone else at the table, was happy and comfortable. If my friend and I were happy, he was happy! This is an attribute of a collectivist mindset.

Here a few attributes of an Individualist Leader vs. a collective leader:

Many of my clients describe the struggle in the organization as trying to break down silos to increase accountability and buy-in. I’ve heard this many time before. The pandemic seems to have increased these challenges as more people return the office or now working hybrid. Consider the lessons learned from a collectivist mindset and leadership. How can you weave in some collectivist attributes into your leadership to reap the benefits of this concept and become a “family?”